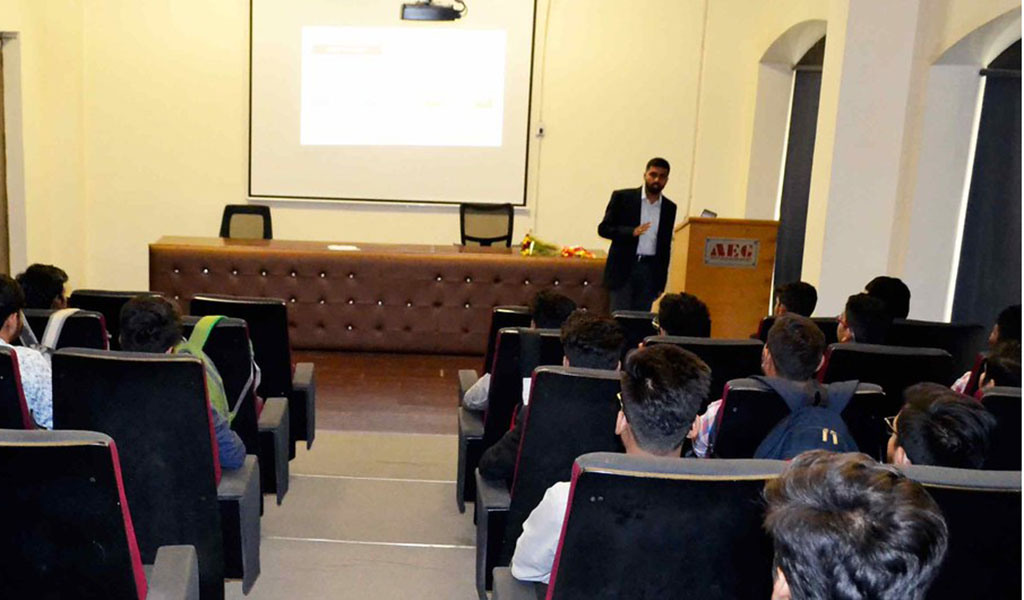 Under the latest Distinguished Lecture Series organized by Asian School of Business, Mr. Srinivas Reddy P, Director-HR, Metlife delivered a lecture on “Roadmap to build careers in IT/ITES” for the students of BCA on 25th Oct 2018.

Mr. Srinivas started his lecture explaining the difference between IT and ITES by emphasizing that IT includes the various applications of Information Technology as well as its allied engineering services whereas ITES involves a wide range of services delivered over various electronic networks.

He talked as to how the overall job landscape in the country has been evolving rapidly over the past quite some time. As per him, growth of e-commerce and technology-based sectors is leading to creation of new jobs that are fast becoming a large source of employment for masses.

As per him, the future of jobs in India over next, say 5 years shall more or less be determined by response to the inevitable impact created by three primary forces, namely globalization, demographic changes and adoption of Industry 4.0 technologies by Indian firms. He explained as to how the impact of these forces is expected to be pretty much disruptive on sectors such as IT and ITES and also that these forces are expected to have a significant impact on the jobs through a combination of new jobs that shall be created, some jobs that shall ask for significantly new set of skills and a specific set of jobs that may cease to exist altogether. As per him, one needs to be multi skilled so as to do well in future as it may be difficult for you to survive with a limited set of skills.

All in all, it was a valuable session for the students who expressed satisfaction having listened to one of the stalwarts from the industry.