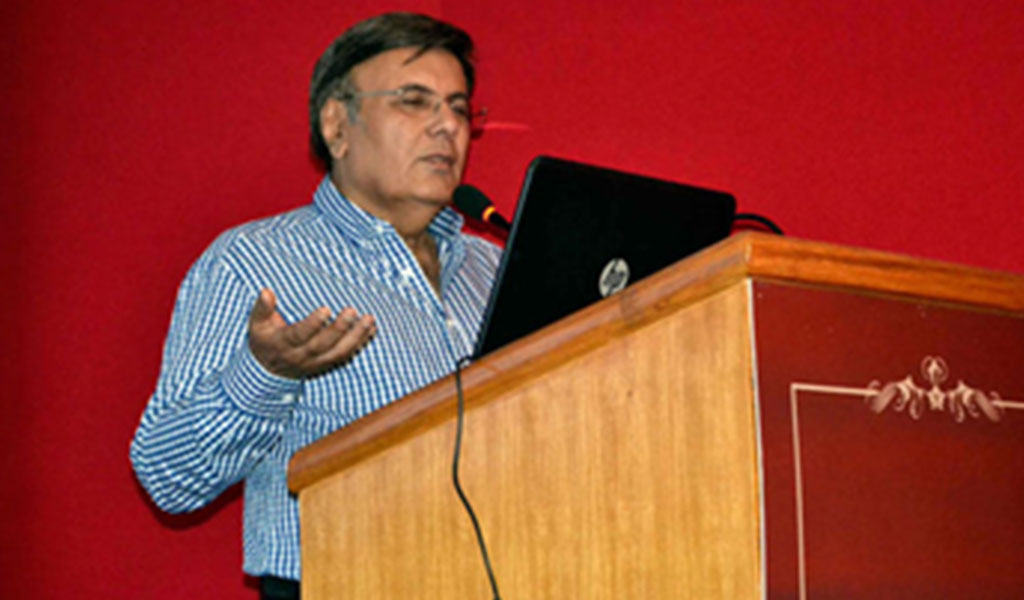 Mr. Anil addressed students on “Indian Healthcare – Consolidation & Digitization” wherein in his talk he mentioned about various opportunities for BBA and BCA students into healthcare domain. Further to his talk he also stated that Indian Healthcare is going under huge disruption and technology is playing role of enabler of new possibilities.

He quoted example of organization like vHealthcare which is innovating into healthtech by using mobile phones for making reach of doctors even in remote areas. He also gave a brief understating of how hospitals function in terms of designing marketing strategies, PR strategies and what are various challenges involved in this profession.

Mr. Anil has been serving organizations on various leadership capacities and he also mentioned that how he transformed his career from an executive to a president of a global hospital chain. Talk was concluded with the interactive Question & Answer from curious students and Mr. Anil had also guided students about how can they build career into healthcare. Session ended with vote if thanks from CRC team.