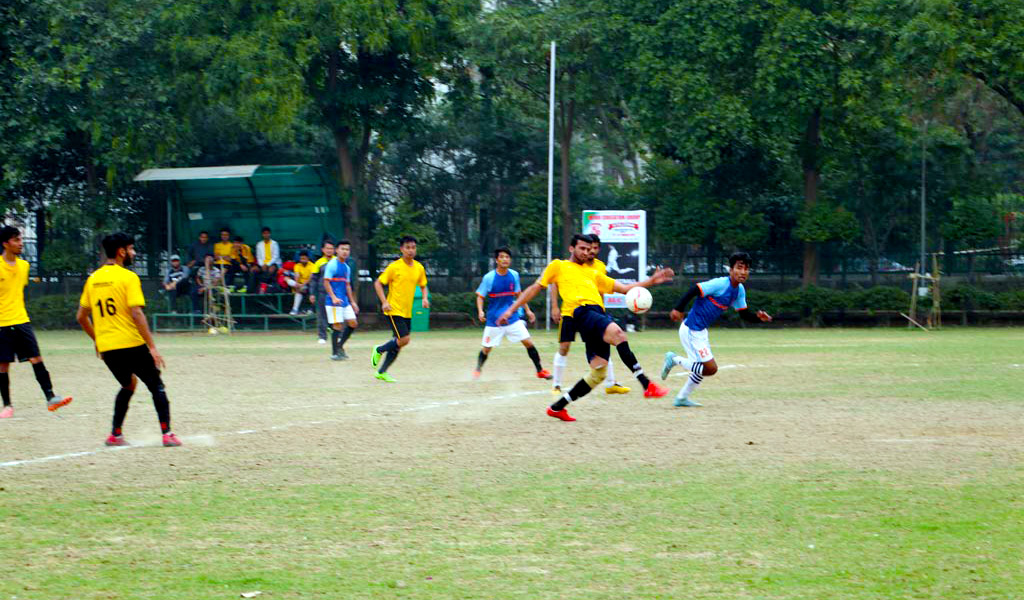 Asian School of Business recently held its much sought-after mega annual inter-college sports event, ATHLEEMA 2019  from 13th to 15th March 2019 at the sprawling Jasola Sports Complex, New Delhi with its traditional punch of excitement and grandeur. In all, 36 top colleges of the metropolitan capital city enthusiastically participated in this sports spectacle. Of the several games in which competition was held, one was the most exciting game of Football.

After a series of edgy and tough quarter-final matches, Gautam Budha University, Amity University, PGDAV and Sharda University qualified for the semi-finals.

The first semi-final match was held between Gautam Budha University and Amity University. Both teams played very well and tried to give their best efforts. Finally, Amity University progressed to Finals winning the match by 1-0.

Delly from Sharda University scored the maximum number of goals in the tournament and won the ‘Golden Boot Trophy’. 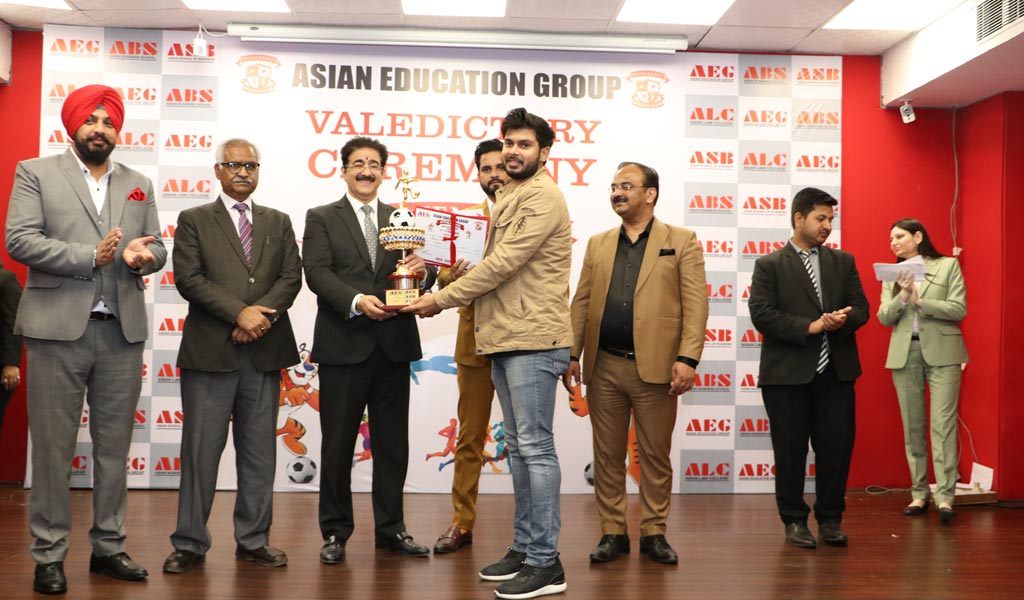