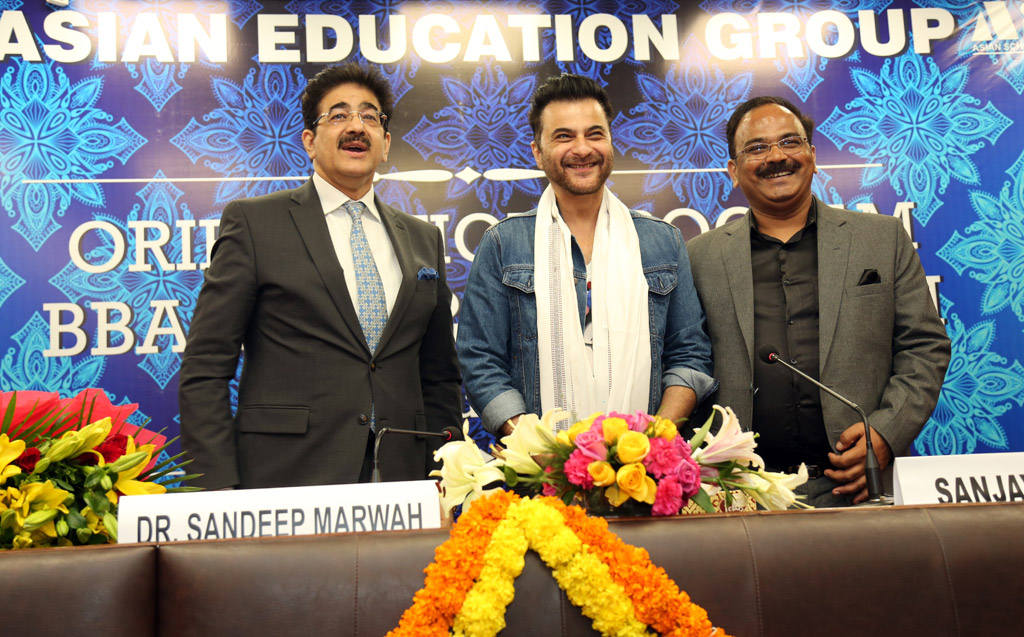 On August 2nd, 2018, Asian School of Business, Noida hosted second day of the Orientation Programme for its BBA and BCA batches of 2018-21. Sanjay Kapoor, a film actor and producer of immense repute and monumental stardom, was the Chief Guest on the second day of the orientation program.

A soft spoken individual he came across as extremely enlightened and a person of high emotional intelligence who could very easily relate to the students. The program began with a video clip of his performances in films from Bollywood depicting his acting and dancing abilities and the students enjoyed themselves to the hilt as was apparent by their enthusiastic cheering all along.

When he was asked to address the students they were all in for a surprise as he was nothing like the characters he portrayed on screen. Suave and sophisticated with measured sentences and well chosen words he was a treat to listen to, as he recounted his experiences and struggles to become what he was today.

He urged students to never give up their dreams and to determinedly pursue their heart’s desires, and conscientiously work towards becoming good human beings too! There were several moments where the audience burst into laughter as he dealt with the situations hilariously. The last leg of the program invited questions from the students for Mr Kapoor to answer which he gracefully handled.

All in all, it was a wonderful experience for the students which surely they would have tucked away in their memory banks to savor for years to come, that they had a heart to heart and face to face interaction with a famous filmstar.