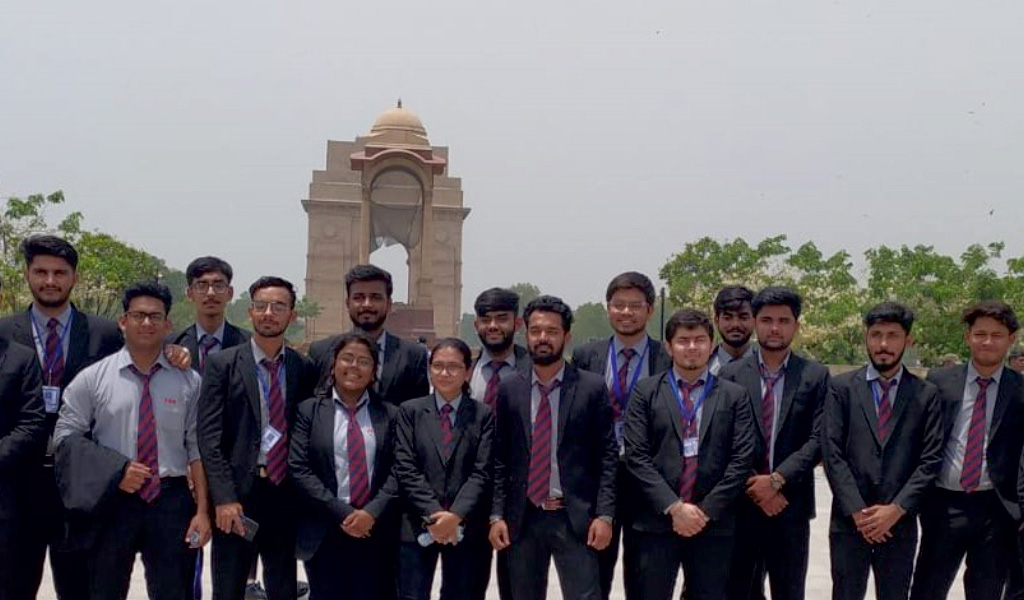 19th Of May 2022: Asian School of Business organized an Education trip for students to the National War Memorial, New Delhi. The Educational Trip was organized for the students of BBA (2020-2023). The trip aimed at educating the students about the valuable contribution made by the Indian Army for their motherland.

The trip started at 10.00 am from Noida to the India Gate Galaxy Circle. The students of BBA programe participated enthusiastically as it was the first time they were visiting the memorial. The students were guided by two faculty member from the Asian School of Business.

At the memorial, after the preliminary security checkup protocol, the students were escorted by “Subedar Dinesh” from the Indian Army. He hosted the students with a brief round of introduction highlighting the main reason for having the WAR MEMORIAL and blending the AMAR JAWAN JYOTI of India Gate to that of the National War Memorial. The memorial is dedicated to soldiers who laid down their lives defending the nation during the Sino-Indian war in 1962, Indo-Pak wars in 1947, 1965 and 1971, Indian Peace Keeping Force Operations in Sri Lanka and in the Kargil Conflict in 1999.

Students of Asian School of Business visited the site with great respect, understanding each aspect of the Memorial. They also got to know about the various wars that were fought by the Indian Army, Navy and Air Force – view of the memoirs displayed were – Battle of Longewala, Battle of Rezangla and Operation Trident.

The students were so thrilled after completing this educational excursion that they promised to visit there again.