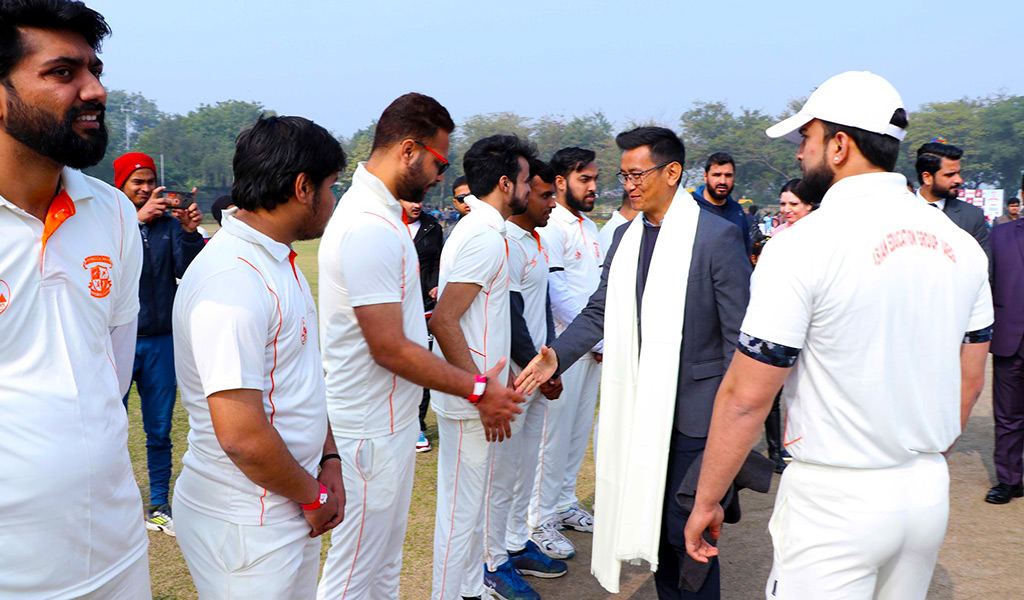 Asian School of Business (ASB) – which is a part of Asian Education Group (AEG) and is ranked as one of the top ranked BBA/BCA colleges in Noida – recently held its much sought-after mega annual inter-college sports event, ATHLEEMA 2019-Season 8, from 21st-23rd January 2020 at the sprawling Jasola Sports Complex, New Delhi with its traditional punch of excitement and grandeur, much accentuated by the glorious presence of the Indian football legend, Mr. Baichung Bhutia as the chief guest for the occasion.

Of the several games in which competition was held, one was the highly popular game of Cricket that set the ball rolling at AEG’s Annual Inter-College Sports Meet, ATHLEEMA-Season 8!

Here’s an account of how it happened at ATHLEEMA 2020-Season 8:

The ball for Annual Inter-College Sports Festival, ATHLEEMA-Season 8 was in fact set rolling on the Cricket field at Netaji Subhash Sports Complex, Jasola on Tuesday, 21st January 2020 with the ‘Toss’ done by the Indian football legend, Mr. Baichung Bhutia who happened to be the chief guest for this mega annual sports meet!

Teams from different institutes across Delhi NCR competed in the game of Cricket, that turned out to be the most prestigious event in the 3-day gala affair.

For his outstanding performance throughout the tournament, Karamvir from PGDAV College was adjudged “Man of the Series”.