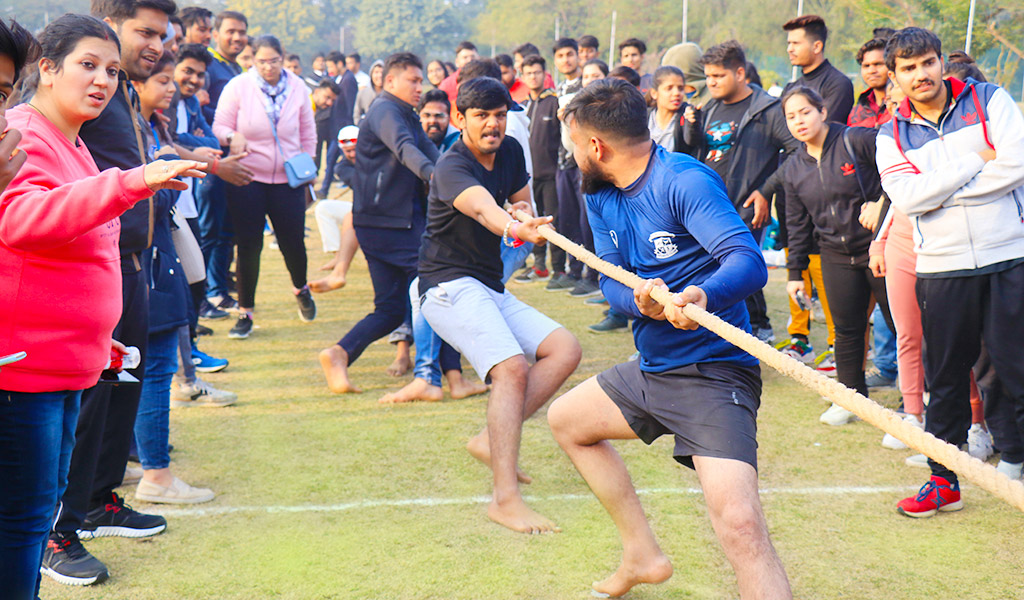 Asian School of Business (ASB) ranked as one of the top ranked BBA/BCA colleges in Noida recently held its much sought-after mega annual inter-college sports event, ATHLEEMA 2020 from 21st-23rd January 2020 at the imposing Jasola Sports Complex, New Delhi with its traditional punch of excitement and grandeur, much accentuated by the glorious presence of the Indian Football legend, Mr. Baichung Bhutia as the Chief Guest for the inaugural function.

A total of 50 top colleges from North India participated in this high-pitched athletics’ meet. Of the several games in which competition was held, one was the powerful game of strength, Tug-O-War.

This event was a fun-filled one and the team members exhibited strength, team spirit, motivation and impromptu decision making skills.

The event was taken to the next level by the participants where they used not just the muscular strength but also the technique, with the timing to overpower the opponents.

In the Girls category, students from TIPS were the winners whereas the girls representing BCIPS ended up as Runners-up.

In the Boys category, students from Trinity College emerged as winners whereas the ones representing BCIPS ended up as Runners-up.