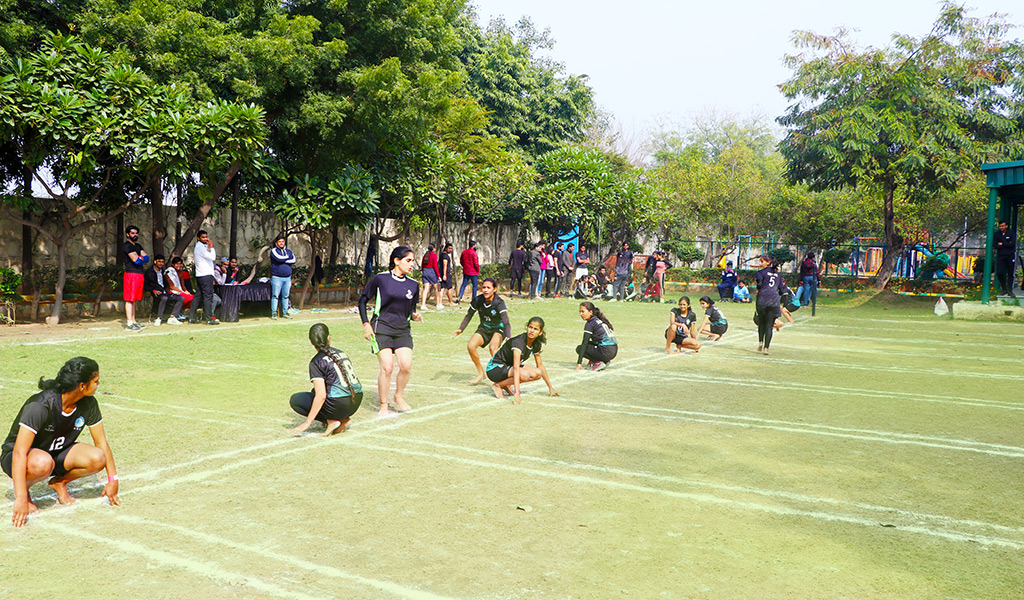 Asian School of Business (ASB) ranked as one of the top ranked BBA/BCA colleges in Noida held its annual sports meet, ATHLEEMA 2020 from 21st-23rd January 2020 at the imposing Jasola Sports Complex, New Delhi with great enthusiasm and grandeur, much accentuated by the glorious presence of the Indian football legend, Mr. Baichung Bhutia as the Chief Guest for the inaugural ceremony.

Of the several games in which competition was held, one was the exciting game of Kho-Kho that whipped up interest. Just for sake of it, Kho Kho is a popular tag and an ancient game that owes its origin to Maharashtra, India. A total of 50 top colleges from North India participated in this mega inter-college sports meet.