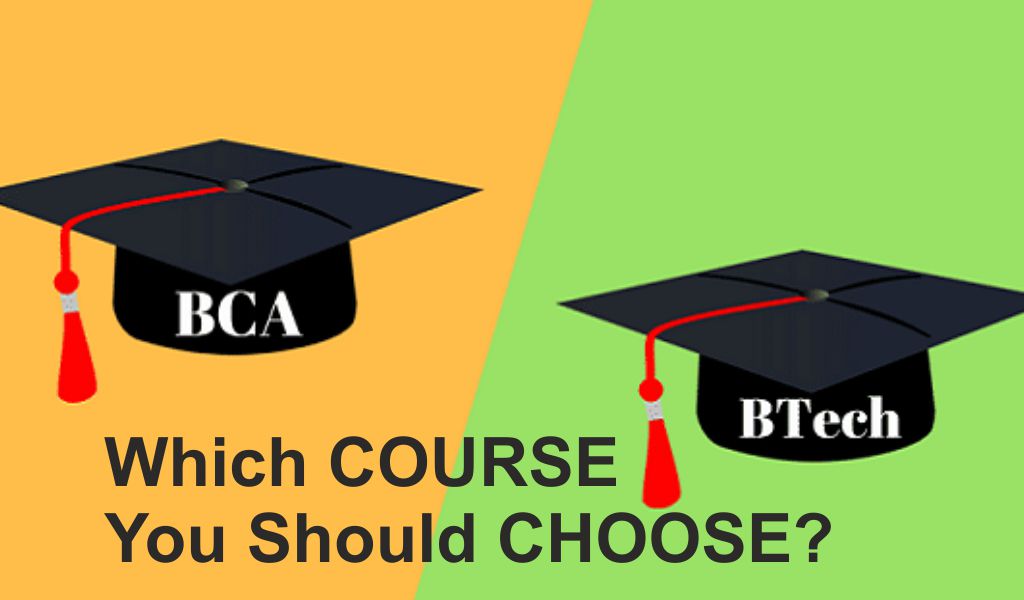 For a student who has just passed Grade XII and is looking for a career in Information Technology, one of the biggest questions around would be whether to opt for BCA or B.Tech (CSE/IT). Though the above mentioned courses may not be really comparable on one-to-one basis, yet with the increasing demand for BCA on one side and mushrooming of engineering institutes on the other side, students may seek answers for the queries that shall help them to take a decision as far as choosing one course over the other is concerned. For this, we may have to come with a comparison between both the courses.

In other words, a student who may have had opted for Arts or Commerce after Grade X can also opt for BCA after clearing Grade XII. However you would not be a position to pursue B.Tech with such streams at Grade XII level.

In a nutshell, BCA as well as B.Tech are quite popular among students. While B.Tech (CSE/IT) does emphasise on core programming and coding along with developing new technologies as well as mathematical skills, BCA does focus primarily on practical technologies and developing applications. In other words, B.Tech (CSE/IT) is more of developing concepts and subsequently testing them out, whereas BCA would focus on applications part of it, i.e. the study of putting of various programming concepts to use.

Generally it is believed that B.Tech offers better job opportunities than BCA, but your options also depend on the type of college you are getting to pursue your UG course. If you find a good college for BCA like Asian School of Business, Noida that does focus on experiential learning of the students to make them job ready once they are out of the campus, you would be at par or even better as compared to a B.Tech (CSE/IT) student from any other engineering college.