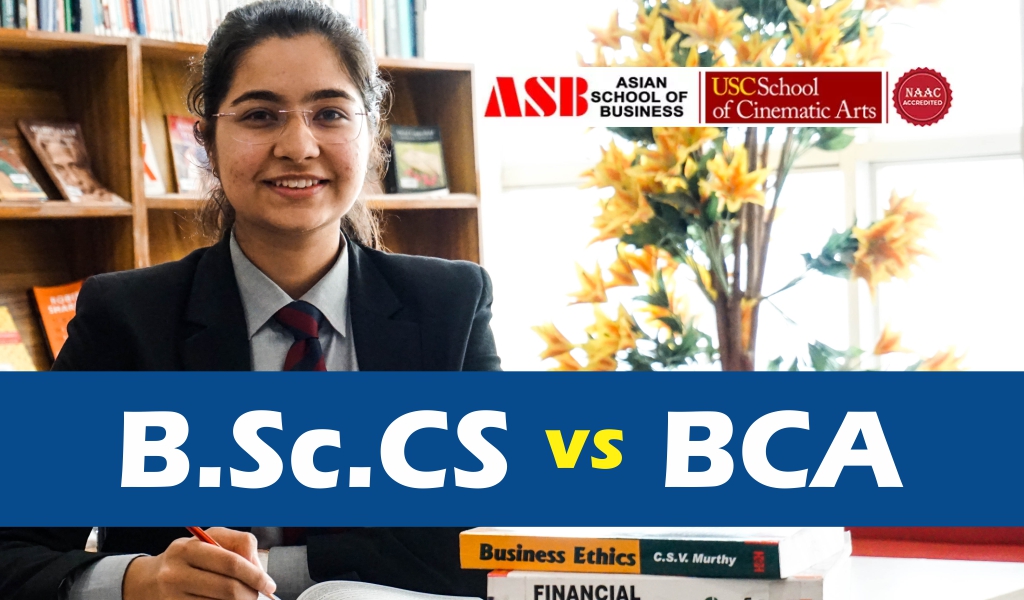 Computers have totally revolutionized the modern industry of today. You can see computers almost everywhere in the production and sales department of every small and big industry. Sometimes it will be in the form of a small calculator, whereas in some cases it will be fully automated robots. As this industry has grown influential in recent times, it has also created numerous jobs as well.

Many students after completing 10+2 opt to choose the field of information technology as their career path. But, all candidates are confused about which course to select as there are many options available. Some would go for Computer Engineering, while some choose to graduate in Computer Science and some candidates choose BCA (Bachelor of Computer Applications). Despite all these courses having things in common, there lies plenty of variation between them. Before choosing a course by the random selection, you should be well aware of distinguishing between all these courses and understand which one suits you best. This is important because the difference lies in the course structure, admission procedure, and career opportunities.

What is BCA (Bachelor of Computer Applications)?

BCA is a 3-year undergraduate course. The main focus in BCA is nothing but the application of computer science, as the name suggests. Understanding of the hardware functioning and technical side is not very important here. Multimedia technologies, web-developing and mobile application development are part of the curriculum. You will also learn about the basics of computer programming.

What is BSc Computer Science?

Unlike BCA, this course is more concept-oriented. It will teach you the core concepts of computer science and gives you a strong academic foundation in computer science. It does not emphasize on the currently used technologies that may quickly become outdated. A strong understanding of the core concepts will help you learn new things easily where a BCA graduate may struggle. A good understanding of mathematics at intermediate level is required here. The topics studied here include programming concepts, disk operations, and control structures.

BSc Computer Science is more concept-oriented while BCA is application-oriented. BCA course will teach you about current technologies and applications, and gives you a basic idea of currently used programming languages. But BCA course will not provide you with an in-depth conceptual understanding.

BSc Computer Science vs BCA: Where to Study?

Whether you choose BSc Computer Science or BCA, it is important to select the best place to learn the course. Since BCA is a purely technical course, a fully equipped computer lab, and related facilities should be one of the primary concerns while choosing the best BCA college. However, most of the leading institutions enroll students for both these undergraduate courses by considering higher secondary mark sheets, whereas a few of them conduct entrance examinations as well.

The following are the top-rated institutions to study BSc. Computer Science and BCA in India:

For BSc Computer Science, some of the suggested top colleges are:

For BCA, some of the suggested top colleges are:

On the other hand, a dedicated technical course like BCA is often provided by private institutions and self-financed wings of aided institutions. Its annual fee can go up as high as 6 lakhs per annum. Considering the fact that immediate employability is higher for a BCA graduate, this fee structure can be justified to a large extent.

While selecting the course that best suits you, serious considerations should be given to the scope of higher studies. It is quite normal to be wanting to have a decent job at hand at the earliest, but what if your profession demands a higher degree of qualification? Shouldn’t we be able to extend our prospects then? This concern is one major reason why many students choose BSc Computer Science as their graduate degree. Let us explain why.

BSc Computer Science is similar to any other bachelor’s degree. It allows you to move further for a postgraduate degree in the same discipline. A postgraduate degree becomes necessary if you wish to join academia. MSc Computer Science, which is an extensive addition to the knowledge set of a graduate, is open as the most desirable opportunity for those who have completed BSc in CS.

Deeper knowledge in core computer science, including parallel computing, artificial intelligence, soft computing, and information security can be mastered in an MSc course. A BSc Computer Science graduate can take up this course, but not by a BCA graduate. BCA is a professional degree, and those who hold it cannot pursue an MSc degree for higher studies.

On the other hand, MCA (Master of Computer Application) can be opted by a BCA graduate. MCA is one of the most sought-after courses in the field of computer sciences due to its high employability prospects. MCA course covers the application of computing technologies in detail, just like an extension to BCA, and most of the software companies now recruit MCA graduates in large numbers. Hence, even undergraduates in mathematics and physics choose MCA as an option for higher studies.

Now comes the most significant question of all – what are the job profiles available for a BSc Computer Science graduate and a BCA graduate? What are the differences between these and how much can the employees earn?

The very difference in the core subjects and course objectives draws the differences in the nature of jobs available for graduates in both these streams. Since BSc Computer Science is more about concepts and computational theories, graduates of this stream can acquire jobs in any field that can put these skills to use. On the other hand, BCA graduates are familiar with specific technologies and applications, which makes them employable in those areas concerning these specific technologies.

Employability of BCA graduates are definitely higher since they are ready to work on the platform which they are taught in colleges. Students of BSc might need further training since it is not a technical course. BCA graduates are often employed by software giants, including Wipro, TCS, Infosys, and HCL. In other words, BCA graduates can find a job with any software company. BSc Computer Science holders are also recruited by software developers. But, since they are not specifically tailor-made for any particular technology, they are often hired by security and surveillance companies, electronic equipment manufacturers, system maintenance consultancies, technical support teams, and even banking firms. Both the courses can fetch you an annual income ranging from Rs 4 to 20 lakhs, according to your experience.

Let us now have a glimpse at the most common careers available to choose for graduates in both these streams:

For BSc Computer Science graduates, the most common careers available to choose are:

And, for BCA graduates, the most common careers available to choose include:

We can see that some of the career options even overlap for both the streams. However, it is now clear that while BSc Computer Science also has a wide range of opportunities, it is BCA that tends to get you a job at the earliest. It is up to you to identify what is best for you now!

Can you imagine a world without computers, electronic gadgets, the internet, and any related technologies? If it is impossible for you to do that, then you need no further assurance for the stability of a job in the field of computer sciences. More manpower is always needed to innovate new technologies, implement it and maintain it. Thus, BSc Computer Science and BCA are two of the many ways in which you can enter a successful career in this field. Whether you choose to study BSc or BCA, it is important to identify the utility and compatibility of the course with respect to your preferences and ambitions. So, have you decided on your choice yet?!