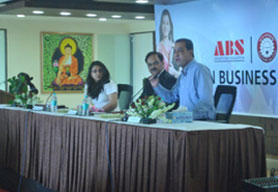 Kavee Kumar has been associated with the capital markets from past two decades and has been instrumental in many structural and environmental change which has happened in the capital markets in the past two decades He was one of the 1st few person who joined hands withIIT”ns to step up Indibulls Financial Services which became one thebiggest success story of India’s corporate history. He is visitingfaculty at many B schools and universities such as FMS, Delhischool of Economics, Fore School, Amity, CalcuttaUniversity, HinduUniversity, BananasUniversity and Delhi University.He appears regularly various Television Channels for his views on FinancialMarket which is widely followed and respected. Currently he is country head of Globe CapitalMarket Limited.

The largest clearing member of both the exchanges in which CITIbank has a stake.”