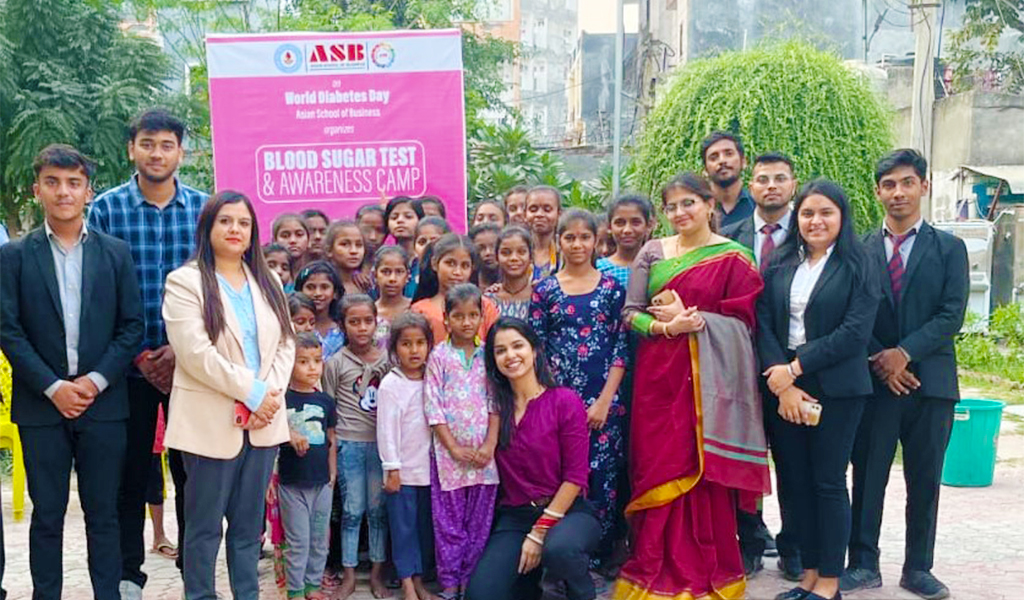 “True prevention is not waiting for bad things to happen; it’s preventing things from happening in the first place.”

In the camp, the sugar levels of approximately 250 people were tested in the college, and about 100 people were tested in localities in Hajipur village (adopted village under Unnat Bharat Abhiyan). Taking the camp’s outreach to rural people, who are the most unaware of this condition and live with diabetes with little knowledge of its management and complications, was a critical aspect undertaken by the camp. Through the camp, people with diabetes were identified; these were the people who were not aware of it, as they had never been tested before. The DIYA team and the students at the Asian School of Business also spread awareness on the topic to all those who participated in the camp. The team also tried to motivate people to adapt to healthy living and the importance of eating good food, especially for people living with prediabetes. The issue of reversing diabetes for as long as possible in order to delay complications as much as possible was also discussed in the camp. At the Asian School of Business, we believe that healthy living makes an individual more productive- with this in mind, we believe in organising such camps in the future and making our efforts to build the country healthy.