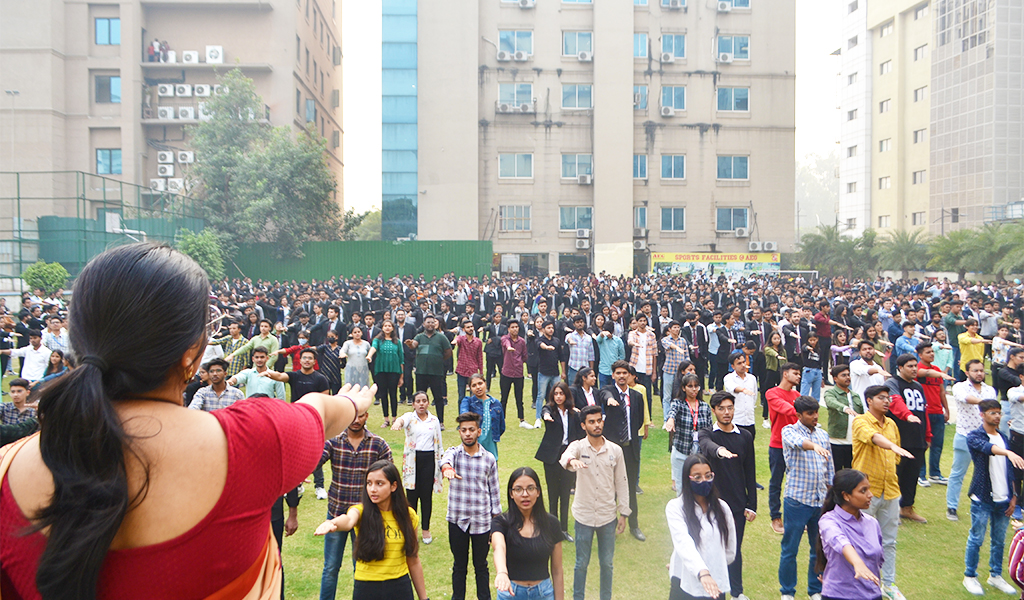 A celebration of National Unity Day was organised by the NSS cell of the Asian School of Business on October 31, 2022, with the goal of making students aware of National Unity Day and its significance, sowing the seed of unity and togetherness for the welfare of the nation within the hearts of students, and pledge in the spirit of unification of the nation by the vision and action of honourable Sardar Vallabhai Patel. The celebration was organised for all the students across batches and courses at ASB, starting at 3:00 pm at the Sports Arena. The day is of importance as it was introduced by the Government of India in the year 2014 to mark the birth anniversary of Sardar Vallabhai Patel (Rashtriya Ekta Divas), a leader who played a major role in the political integration of India. The purpose of National Unity Day was to reaffirm our nation’s inherent strength and resilience in the face of actual and potential threats to our country’s unity, integrity, and security. The pledge was taken unanimously by all the concerned authorities and students to serve themselves for the welfare of society and the nation all together as a single entity to preserve the unity, integrity, and security of the nation.

The celebration started with a pledge by all the authorities and students of the Asian School of Business as follows:

” I SOLEMNLY PLEDGE THAT I DEDICATE MYSELF TO PRESERVE THE UNITY, INTEGRITY AND SECURITY OF THE NATION AND ALSO STRIVE HARD TO SPREAD THIS MESSAGE AMONG MY FELLOW COUNTRYMEN. I TAKE THIS PLEDGE IN THE SPIRIT OF UNIFICATION OF MY COUNTRY WHICH WAS MADE POSSIBLE BY THE VISION AND ACTIONS OF LATE SARDAR VALLABHBHAI PATEL”

Following the pledge, the students made a long human chain to celebrate being united.