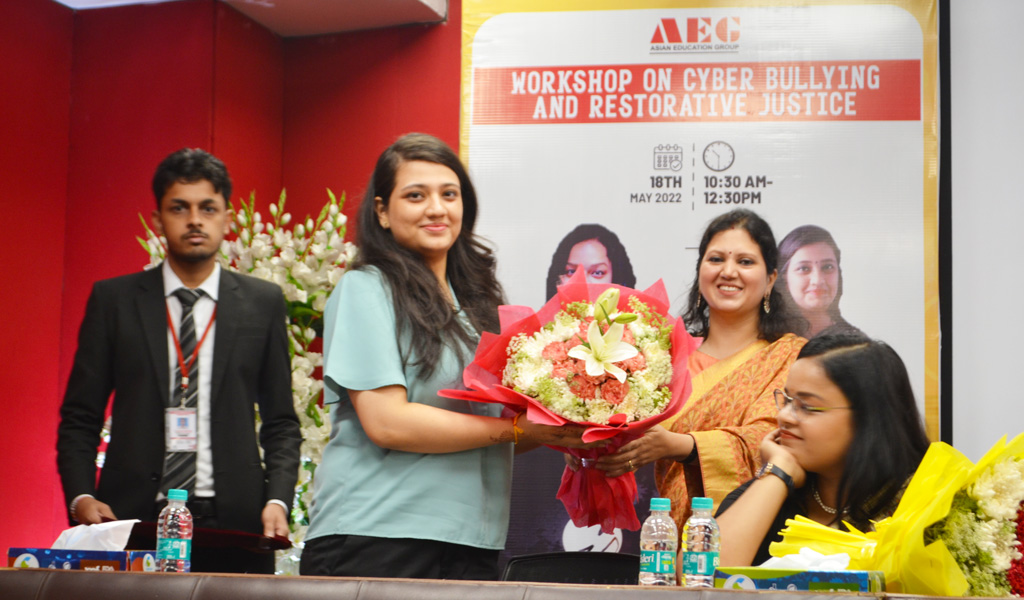 Cyberbullying is a problem in societies that are advanced enough to have the technology to connect with other people online and is not easily fixable. Cyberbullying can affect anyone but is most prominent in today’s youth. Despite the high number of quality research and measures over three decades, the problem still needs to be addressed as a matter of urgency. In order to equip the students to deal with such issues, a workshop was organised at the campus on May 18th, 2022, from 10:30 pm onwards. The guests for the event were Ms. Upasana Singh Chaturvedi, Founder and CEO, Accord International, and Ms. Akanksha Marwah, Co-Founder, Accord International.

The workshop was organized to make students understand cyberbullying in broad terms, recognising that it can take multiple forms of online and digital practice including spreading rumors, ridiculing and/or demeaning another person, casting aspirations on the grounds of race, disability, gender, religion or sexual orientation; seeking revenge or deliberately embarrassing a person by posting intimate photos or videos about them without their consent; accessing another’s social networking profiles with malicious intent and socially excluding a person from a social network or gaming site. The workshop demonstrated that harm from cyberbullying is a cause for concern for students at each developmental stage and that there are continuities in its appearance that need to be challenged at each point in the educational lifespan. And inaccurately, the idea that ‘nothing can be done’ still is one of the main concerns for the victims.

The workshop was conducted and concluded with great enthusiasm.  It came to a conclusion that cyberbullying creates toxic stress in the bodies of victims. If this is not dealt with in a timely way, it can create irreparable harm to the brain as well as contribute to ‘acting out’ behaviour. Restorative practices can assist in the creation of a safe and respectful environment.  This holistic approach can also help prevent and eradicate the problems that are associated with cyberbullying. Prevention, early intervention and formal intervention strategies can save lives and ensure justice for the victims of cyberbullying.