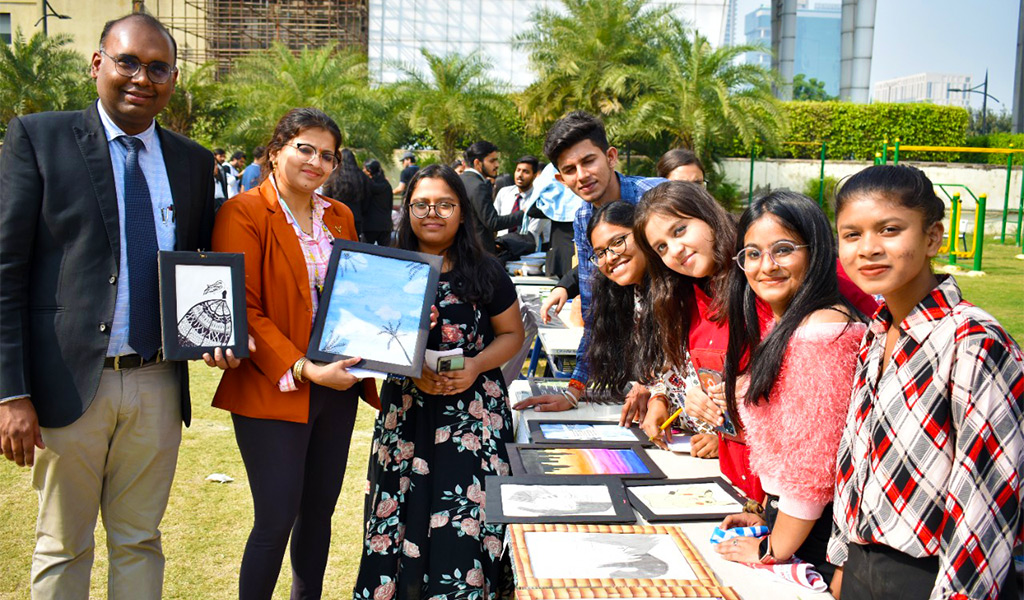 In today’s economic environment, where jobs are riddled with unpredictability, more and more people want to start something of their own. It’s possible that even you, who are reading this, have thought so. However, what eludes most people is how to start something of their own or how to become an entrepreneur?
EDIC, the Entrepreneurship Development and Innovation Ceter, at Asian School of Business, organised ‘Eco Biz’ on November 11th, 2022 at AEG premises with great enthusiasm and zeal. The competition was intended to bring out the inbuilt talents of the students, boost confidence, and enhance their creativity to be presented in front of their peers. Students were given the opportunity to create and sell eco-friendly products. The revenues earned through the event was used to make a contribution to an NGO that AEG is associated with. There were 10 participants on each team.
The activity was conducted in two phases. Around 35 teams appeared on the first round of screening, which was held on November 4, 2022. Around 11 teams were selected from 35 teams. The selected teams got an opportunity to display their products on the final day.
The winners were decided on the basis of the return on investment earned by the student, i.e. the amount of profit earned and the highest sales. The good amount of revenue was generated by the ASB entrepreneurs who participated in the event. The students made a big move, and a profit of Rs 15000 that all the teams together made through this activity was donated to NGO-Goonj.
The winners of the competition were :