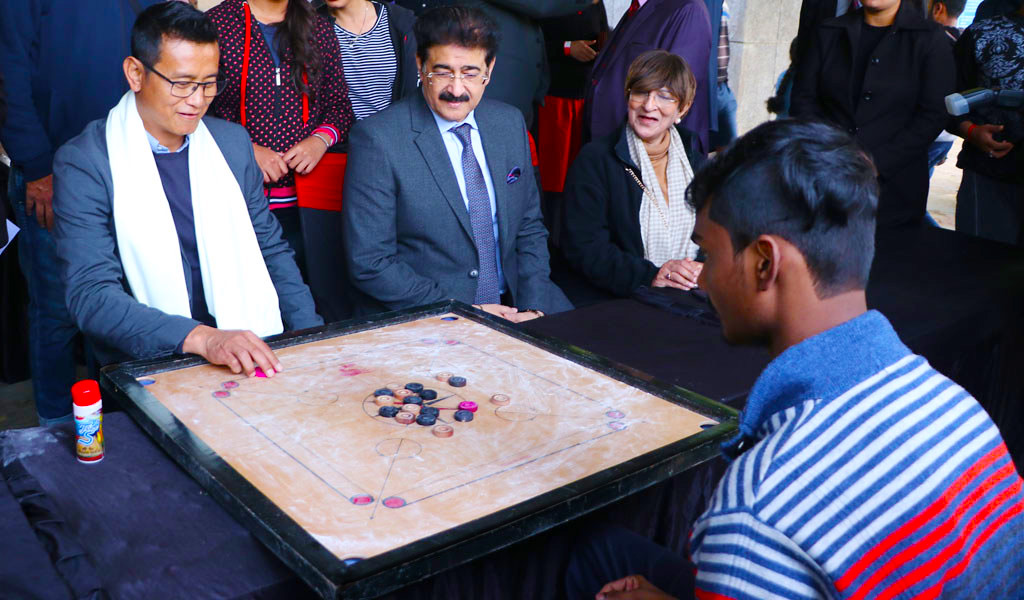 Sports in themselves are an indispensable part of study. School or college life without sports would be dull and dreary. In continuation with its tradition, Asian School of Business (ASB) held its annual sports meet, ATHLEEMA 2020 from 21st-23rd January 2020 at the imposing Jasola Sports Complex, New Delhi with great enthusiasm and glory, much accentuated by the glorious presence of the Indian Football legend, Mr. Baichung Bhutia as the Chief Guest for the inaugural function.

A total of 50 top colleges from North India participated in this mega inter-college sports meet. A number of sports were organized like Cricket, Football, Basketball, Volleyball, Badminton, Tug-O-War, Kho-Kho, Chess, etc. One such sports event in Athleema 2020 was Carrom – which is one of the world’s favourite indoor board games.